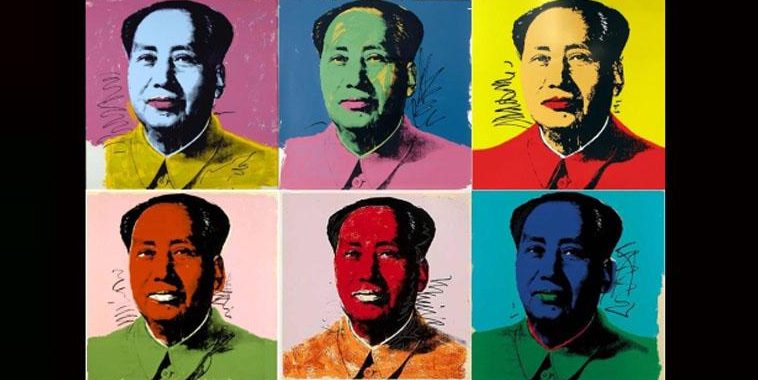 Andy Warhol is a unique artist who would often make a masterpiece out of nothing. His works are among others the graphics of Campbell’s or Coca-Cola, the most popular drink in the world. Warhol is known of the fact that he would often take from the most simple objects of everyday use to his works, objects that accompanied life of simple Americans (soups, drinks, bananas and others). His works were also based on promotion of big automobile brands (exhibition of his cars will take place in Moscow soon), but also things that are generally nothing special. In his works you can find also desings of shoes (there was a merchant ready to pay more than 400 thousand dollars for ones).

Warhol’s skills were visible also in other field. A field that presented (at that time) the great and powerful of the material world. The most known are stylized portraits of pop-culture celebrities, i.e. Marylin Monroe, Elvis Presley, Elizabet Taylor or the wife of American president – Jacqueline Kennedy. The king of pop-art did not limit only to the American world, in his broad series we can also find portaits of the great of communist world – Lenin and Mao Zedong.

Portrait of the last one – the communist Chinese dictator, on 2 April 2017 will be exhibited for auction in the city of Chinese business – Hong Kong. Experts estimate the portrait of Mao may be sold for even 15 mln $. The current owner bought the picture in 2014 during an auction in London for 9,4 mln $. Let us add that the portrait was made by Warhol on the basis of Mao’s photograph placed in so called Red booklet – a collection of his quotations and official ideological performances that was to serve as a basic book for every Chinese citizen.