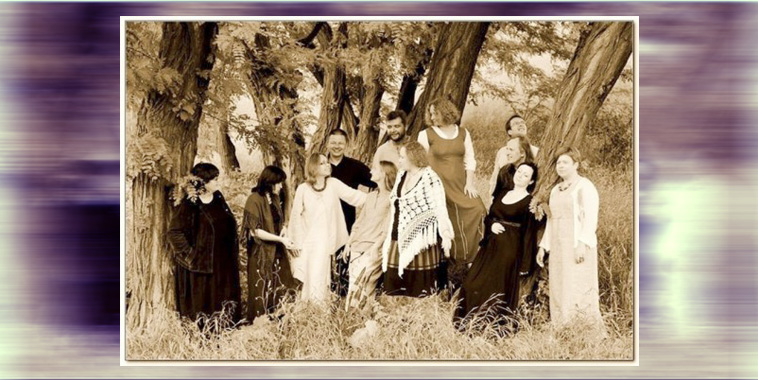 Tomorrow in Warsaw, a jubilee concert on the 25th anniversary of Werchowyna ensemble foundation will take place. At the time of its foundation, the ensemble was one of the first ensembles, apart from Orkiestra Św. Mikołaja, which showed the beauty of Lemko songs to the wider, Polish audience.

Werchowyna was founded in 1991 by a group of friends – Warsaw universities students who were involved into the Student Circle of Beskidy Tour Guides environment. At the beginning, the ensemble performed mainly Lemko and Ukrainian songs which they had heard while walking in the mountains. Then, they added also other, Belarussian and Russian songs, and they gave up on instruments, focusing on a capella singing. They released two tapes (Werchowyna 1993, Teche richka 1995) and six CDs (Krynychenka 1996, Werchowyna live 1999, Oy zza hory 2000, …hey kolada, kolada 2002, Svjaty ta hrishny spivanky 2005, Kosatsky spivanky 2015). The last CD of the last year is especially interesting because of the fact that it was recorded only with the participation of men.

Werchowyna was a guest of many ethnic festivals in Poland, among others the Vatra in Michałów, Homestead Folk Meetings in Czeremcha, or St Nicolas’s Folk Festival in Lublin. Nowadays the ensemble performs rarely, but every year, starting form 1993, it performs at a black-tie concert at the Aula of Warsaw University of Technology, where the performances are given only in candlelight.

The jubilee concert will take place tomorrow, i.e. 22 October 2016, in the Elektronik Cinema in Warsaw. Selected recordings from the 25 years of playing will be included in the repertoire. Also, firends of Werchowyna ensemble that used to sing or play in the band, will take part in the performance.