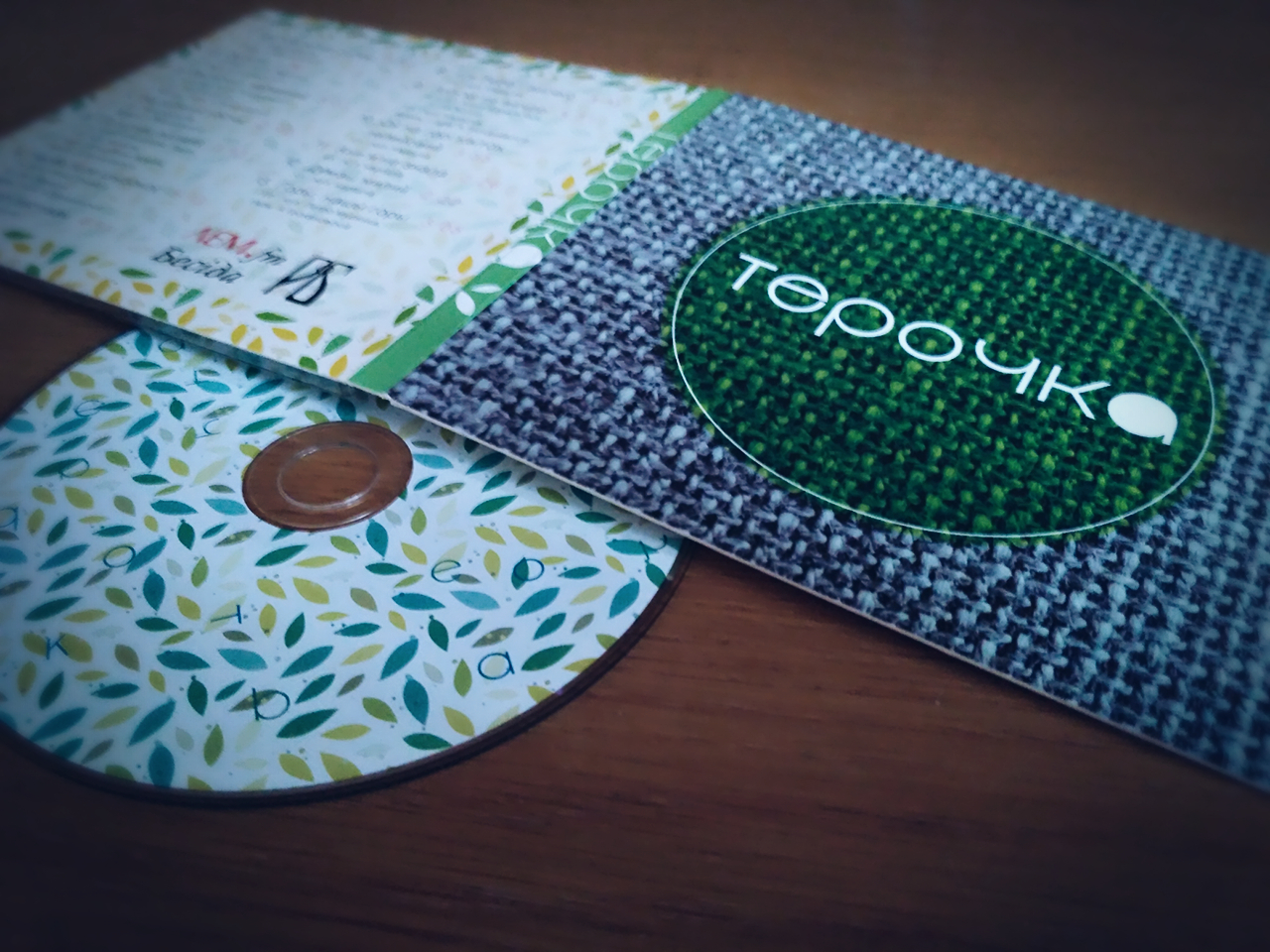 The first CD of Terochka – a youth ensemble of Ruska Bursa in Gorlice – has been available since the end of the previous year, mainly 18 November 2016. It was released thanks to the donations from the Ministry of Interior and Administration. It consists of 13 songs, including 11 folk and 2 authorial ones to which the lyrics and music were written by Petro Murianka (“Zozuli” and “Hory, nashy hory”). Most of the songs were arranged and harmonized by the ensemble’s manager – Andrzej Trochanowski.

The recording took place on 5 May 2016. The studio was a room in the Ruska Bursa in Gorlice and most of the ensemble’s members got involved into the recording. The realization, sound mixing and mastering was taken care of by Paweł Małecki. The CD’s cover was designed by Natalia Małecka-Nowak. The CD includes songs performed by the whole ensemble, as well as solo songs and duos. You can here there bass, violin, accordion or the guitar, and move to Lemkovyna, at least in your mind.

I think it is a great joy, not only for the ensemble’s members, but mostly for the manager who has been putting his whole heart and a lot of effort in the ensemble. Andrzej Trochanowski has been the manager since April 2014. He organizes concerts during which the ensemble presents their repertoire and thus, promotes our culture. He teaches the Lemko people Lemko songs, own arrangement and harmonization. Terochka consists of people of different age, starting from the youngest ones, finishing with students. The group is constantly developing and new members join it regularly. Probably, they are drawn there by the will to get to know others, maybe because of love and attachment to our folklore.

The ensemble was founded in 2008 by Andrzej and Halina Małecki. Firstly, it was a children ensemble and from 2010 to September 2011 it was managed by Andrzej Małecki. Then, in 2012 Susanna Jara became the manager. The group was also managed by Sławomir Trochanowski in 2013, finally the role was assumed by Andrzej Trochanowski that has been performing it until today.

Terochka has performed many concerts by now. They perform at Vatra in Michałów annually, they performed at the Biennial in Krynica, the Young Lemkovyna festival, they also attended the “Od Rusal do Jana” event in Zyndranowa. They gave a concert in the Słowacki Theatre in Kraków. They also presented their repertoire at the “Wrzosowiska” (“Heathlands”) in Piwniczna. Last year they performed at the Rusyn festival in Svidnik and in the summer, together with Lastivochka ensemble, they went to present the Lemko culture in Serbia and Croatia. Apart from that, at the beginning of 2017, Terochka had the pleasure to carol at the Kraków Main Square within the Preview of Caroling Groups. The ensemble mainly performs during events that take place in Ruska Bursa.

The newly released CD is the evidence for their job. Thus, we encourage to buying it. It is available for purchase in Ruska Bursa in Gorlice or in our online shop – here. The cost is only 30zl.